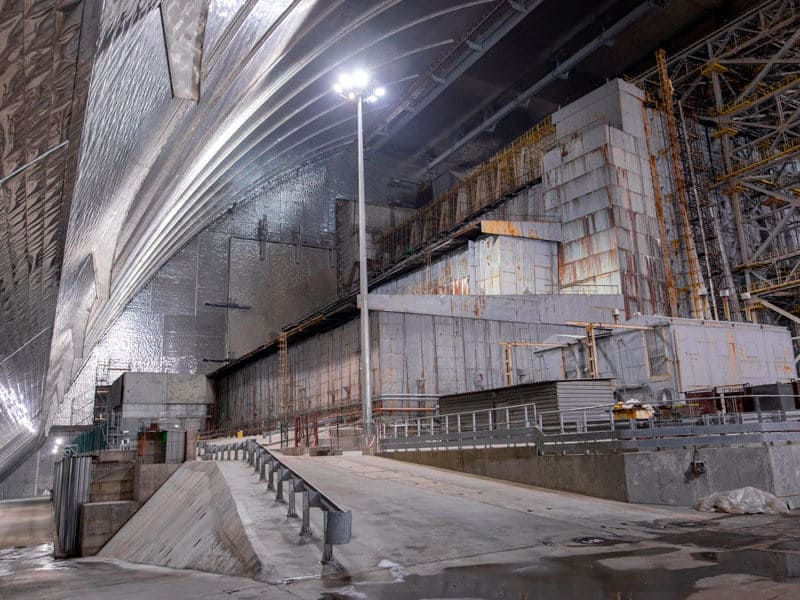 April 26, 1986 - this date became fatal for hundreds of thousands of people. It was on this day in the city of Chernobyl that the largest accident at the nuclear power plant occurred, which entailed devastating consequences. Thousands of people were evicted from Chernobyl, Pripyat and the surrounding area with a radius of 30 km, which later became known as the Exclusion Zone. For almost 30 years this territory has been out of reach for ordinary people. But in 2010 it was officially opened for excursions. A visit to the Chernobyl nuclear power plant is an opportunity to follow the chronicle of the events of the fateful night.

A trip to the city of Pripyat is possible only under the guidance of a guide with a dosimeter, and only on a limited safe route. The tour provides an opportunity not only to satisfy your curiosity with respect to an abandoned area frozen in time, but also to assess the magnitude of the consequences of one mistake.

A visit to the Chernobyl nuclear power plant will bring more impressions if you plunge into history and trace the events of April 26, 1986. In the night from 25 to 26 at 01:23:47 am a powerful explosion occurred at the fourth power unit, as a result of which the nuclear reactor was completely destroyed. The building of the power unit was partially destroyed, a fire started in different parts of the room. The operator of the main circulation pumps died immediately, the commissioning system employee died on the same day due to severe injuries. In the three months immediately after the accident, another 31 died. 134 liquidators subsequently suffered acute radiation sickness. But it’s very difficult to determine the exact number of victims. The fact is that those who received a dose of radiation could serve as a source of infection for other people. But the main cause of further harm was the radiation cloud, which spread throughout most of Europe.

The events that led to the tragedy

The consequences of this magnitude arose as a result of the planned shutdown of the power unit. At the same time, the staff had to conduct tests according to a given program. Before this, experiments have already been carried out 3 times, after which new technical improvements to the equipment were introduced. However, then the situation got out of staff control. At the beginning of the experiment, an increase in reactor power occurred, but subsequently it fell on the contrary. Nevertheless, the situation remained under control until 1:23:39 – at that moment an alarm was recorded, later another one. The reactor power began to suddenly accelerate, the staff could not reduce it. And only after 1-2 seconds there was an explosion. Further research showed that continued testing despite malfunctioning by personnel of the reactor was a mistake. Functional protection systems were disabled. And the reactor itself had structural features that provoked incorrect operation. These and other factors led to the tragedy.

It is one thing to simply get information about the events of that day, it is quite another to feel the atmosphere while visiting the Exclusion Zone. A trip with a group and a guide includes a visit to the Chernobyl nuclear power plant, the Sarcophagus, under which there is a fourth reactor. In addition to the opportunity to see everything, the details that comes from the guide help you to feel the tragedy more deeply.

Similar news
Radar station "Duga" in Chernobyl exclusion zone will be included in the State Register of Immovable Monuments
The Cabinet of Ministers of Ukraine in the 21st of April in 2021 voted for the radar station "Duga" inclusion in the State Register of Immovable Monuments
Read more
Chernobyl accident
April 26, 1986 - this date became fatal in the lives of hundreds of thousands of people. It was on this day in the city of Chernobyl that the largest accident at a nuclear power plant occurred, which entailed devastating consequences.
Read more
First days after Chernobyl nuclear power plant explosion
The accident at the Chernobyl nuclear power plant happened more than unexpectedly. The planned shutdown of the power unit and tests on it did not imply a safety threat.
Read more